For large or small storages. Consumption, fries or chips potatoes, the foggers of Frans Veugen bedrijfshygiëne B.V. are suited for all kinds of potatoes. The gassing of potatoes, as it is also called, can be done with our equipment. Sprout inhibition will keep your potatoes in optimal condition. 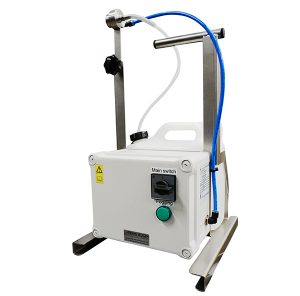 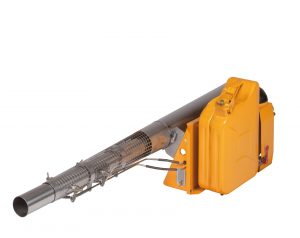 Which fogger is ideal for me?

Choosing the fogger that is the best match for your situation and potato storage depends on a number of factors. The foggers distinguish themselves from one another on these points:

The Synofog and both Pulsfogs have a large capacity and they can fog an entire potato storeroom in one working day. Because of this, there can be a long interval between sprout inhibition treatments. The Potatofogger has a smaller capacity but this fogger can easily be automated. Hence it is easy to do a smaller treatment every week, which means that smaller quantities of sprout inhibitors are dispersed at once.

The choice between the electric Potatofogger or the thermic Pulsfog fogger is based on two subjects.

The first difference is the agent which is to be fogged. Sprout inhibitors on water base can be fogged most easily by electric foggers, while agents on oil base are most easily fogged by thermal foggers.

A thermal fogger must be filled with gasoline before use, an electric fogger can simply be plugged into a outlet.  The Synofog is a thermal-electric fogger and works well with sprout inhibitors on oil base, but it has the advantage that you never have to worry about costly and enviromentally harmful gasoline.

Droplet size is important, especially for potato storing. The limited amount of millimeters per ton that can be fogged requires an optimal distribution with the smallest possible droplet size. In doing this, precipitation is kept to an absolute minimum and no wet spots appear. Both measurements with our own measuring equipment as well as measurements by independent institutes show that our foggers achieve great results in the field of small droplets.

The droplet size per fogger is:.

The image above shows the droplet measurement of the Synofog 1H, using the sprout inhibitor 1,4 Sight. 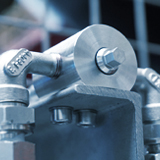 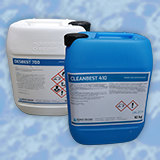